The Year 9 Rugby squad capped off an excellent season with a closely fought out draw against Bury Grammar School in the Lancashire Vase Final recently.

The game was a fantastic spectacle where both teams were well organised and disciplined.  The game ended 10-10 which meant that both teams would share the trophy.

The boys should be very proud of their achievements all year and have obtained some outstanding victories over the course of the season.  What makes the achievement even more notable is how well they played in the final against a school team that has played rugby all through the year, unlike the RST squad who only play rugby in the Autumn term. 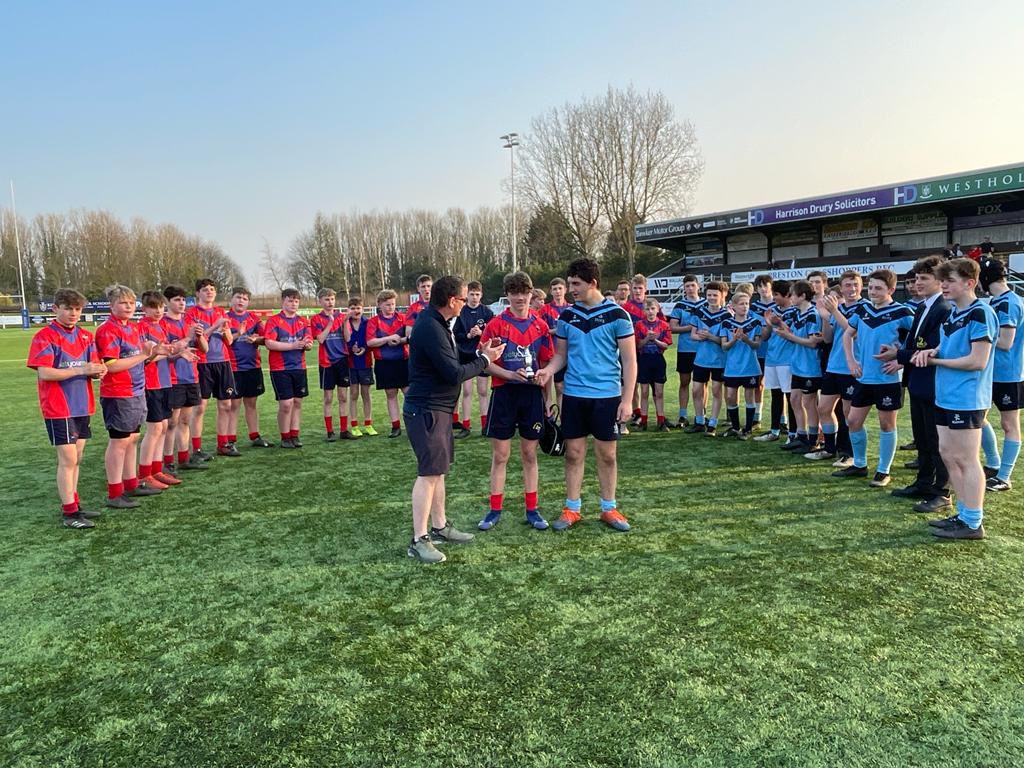