The application deadline was December 8th, 2022   We are accepting late applications.  However,  we may ask you to make a reserve choice of course at enrolment in the event of a particular course being oversubscribed at that stage.

Ripley St Thomas School began life as Ripley Hospital, an endowed school founded by Mrs. Julia Ripley in memory of her husband, Thomas Ripley, who was a native of Lancaster and a merchant of Liverpool.

The school buildings and grounds are most attractive, occupying an elevated site giving open views to the City of Lancaster and the Lake District hills beyond. It was opened on the 3 November, 1864 “amid great public rejoicing”. Originally endowed for the education of an equal number of boys and girls – altogether 300 in number – the parents of whom had to have lived for at least 2 years immediately preceding the death of the father either within 15 miles of Lancaster Priory, or 7 miles of Liverpool Cathedral. 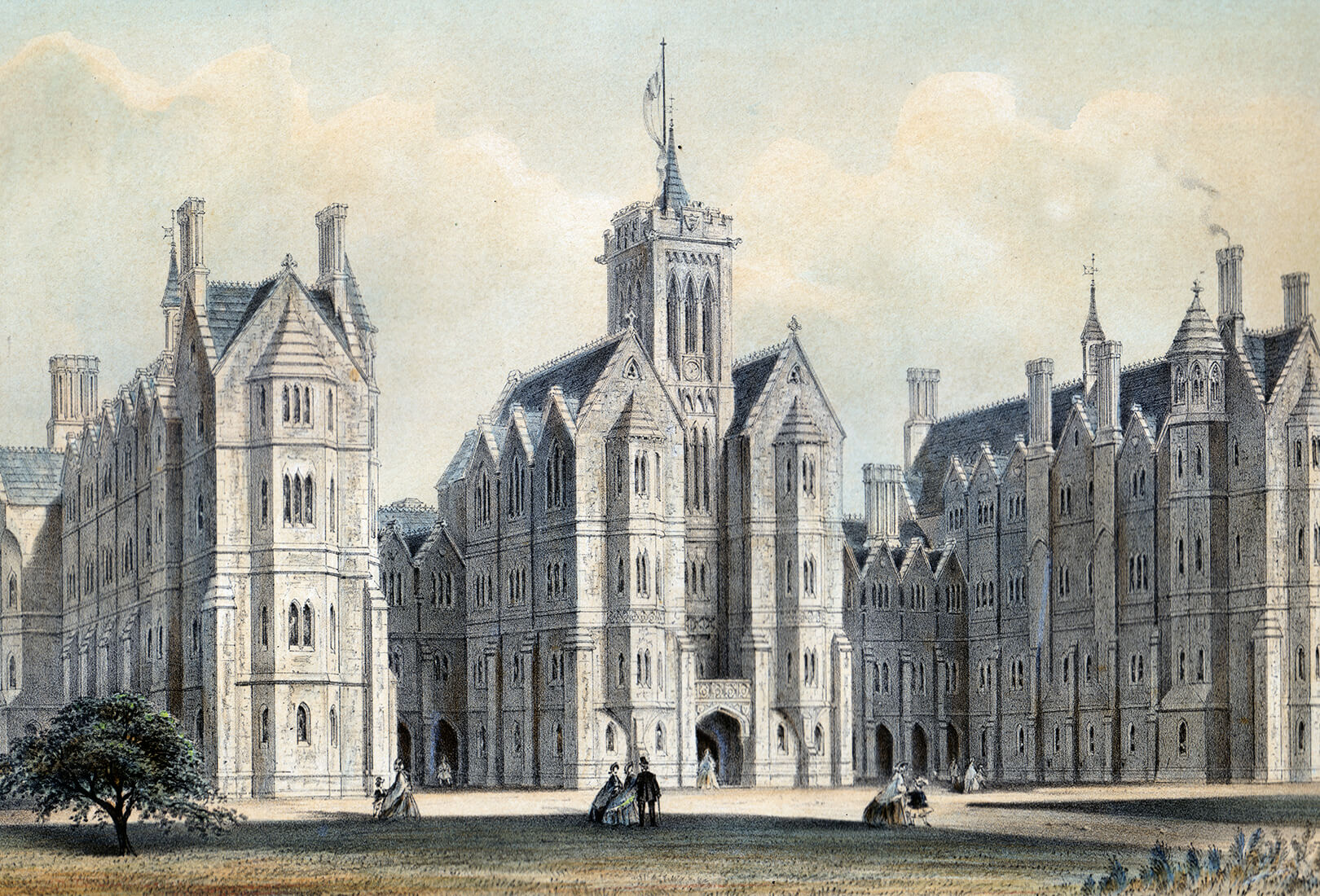 The original building was built in the early pointed style of the 12th century, using white sandstone from adjoining quarries. It had two wings, one for 150 boys and the other for 150 girls. Orphan children had priority of claim, motherless or fatherless children the second and the remainder made up of children of ‘indigent’ persons. The building, originally costing £30,000, included a first-class gym, woodwork and metalwork rooms, a domestic school for girls, and heated swimming-pool, four courts for playing fives and enough full-sized football pitches to allow 150 boys to play at the same time. A farm of some 40 acres kept the school supplied with home produced meat, milk and poultry, and a vast kitchen garden gave a constant supply of fresh vegetables. This was thus a school well in advance of its time. All pupils received a practical education based on Christian principles. When they reached leaving age, they were given special training in the trade or profession for which they showed an aptitude. They were also given help to find suitable employment. Many old scholars went on to become successful businessmen, journalists, teachers, nurses, social workers and skilled workers in many trades.

The work of the Hospital continued until the outbreak of World War II in 1939, when the building was requisitioned by the army. The pupils then moved out to Capernwray Hall. They expected to return at the end of the War, but the government requisitioned Ripley for another three years for use as an emergency Teachers’ Training College. By then, it was realised that the need for an endowed orphanage was much reduced. State pensions allowed more one-parent families to stay together, and the fashion had moved away from institutional units. After the trainee teachers left, the building became a National School, then a boys’ secondary modern school until 1966 when Ripley Boys’ and St. Thomas Girls’ Schools amalgamated to become Ripley St. Thomas Church of England School. In September, 1996, Ripley was designated a Language College. Whilst not changing in any way its status as a Voluntary Aided Church School, this enabled the school to develop its language facilities and so become a ‘Centre of Excellence’ for modern languages, including French, German, Spanish and Japanese.

Today, 1650 boys and girls are educated at the school, many of whom continue to the age of 18 years and go on to complete university degree courses. Thomas and Julia Ripley, we can be sure, would be proud of their inheritance and our heritage. Recent additions include two new science laboratories, an English/MFL block, History/Geography block, and up-graded foreign languages and technology facilities. The school also opened a new Sports Hall complex in 2006, with fitness suite gym, classrooms and basketball size inside courts.

The school site is spacious and contains some exceptional features, including good sports facilities, the school farm, plant centre, walled garden and fine mature trees. Ripley is a very popular school with a long tradition of high academic and sporting achievement. It is often featured in the national press as one of the best State Schools in the country. Its results in external tests and examinations at Key Stage 3, GCSE and Advanced Level, and its value-added performance, places the school within the top 10% of secondary schools nationally. 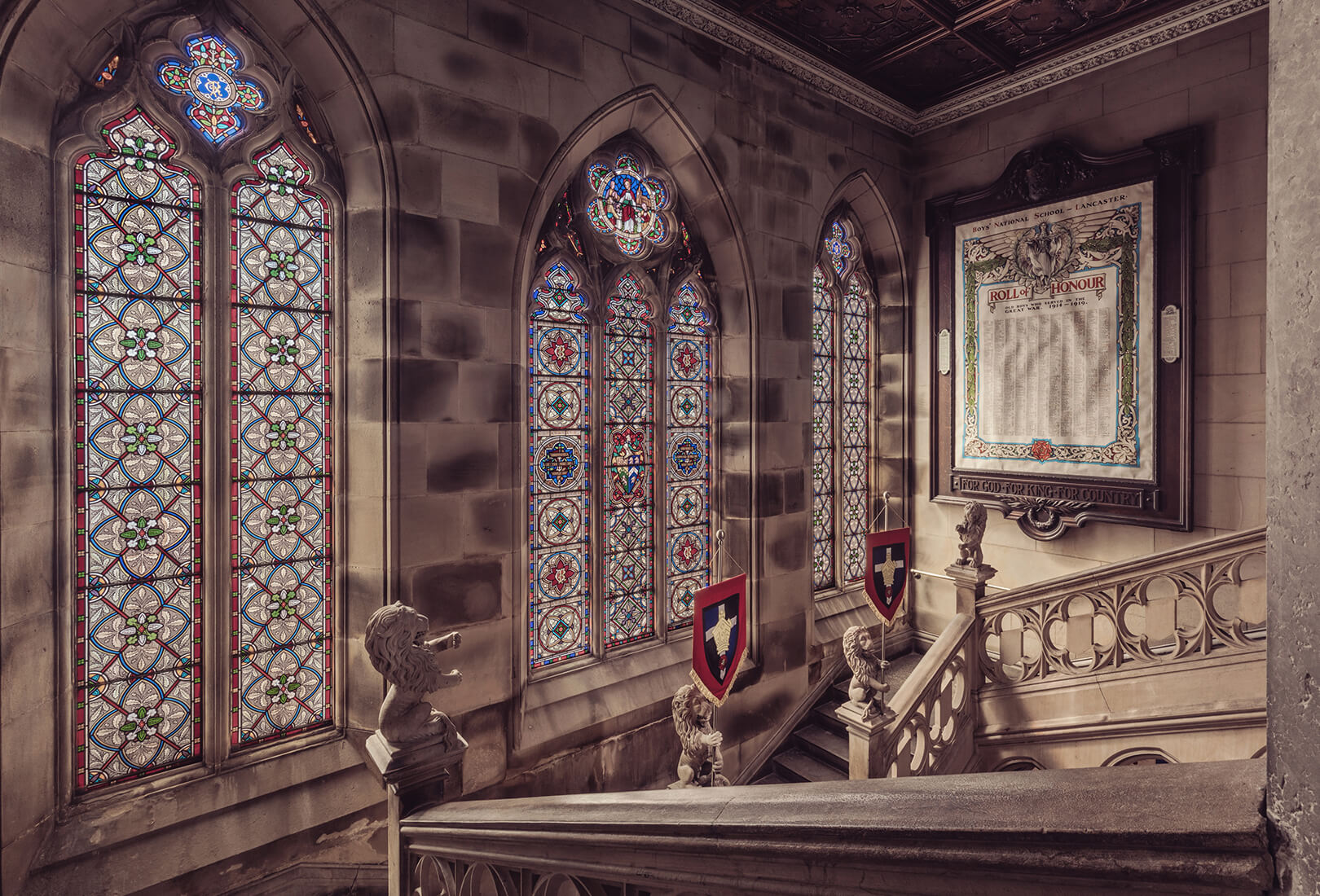 In April 2009, a new centre for The Sixth Form at Ripley St Thomas opened, giving Year 12 and 13 students a fully independent space to be proud of. Facilities in the £3.25 million centre include tutorial and seminar spaces, lecture theatre named after former headteacher Mr George Phythian, Sixth Form canteen, training suite and private study rooms. The centre thrives on the traditional values with a twenty first century approach.

On Sunday, 1 May 2011, Ripley St Thomas was re designated as “Ripley St Thomas Church of England Academy” by the Secretary of State. The school has been registered with Companies House and an Academy Trust has been set up to run the company. Whilst the name and branding of Ripley changed to reflect academy status, the ethos and beliefs of the school remain true to the heritage, as founded by Julia Ripley. The school still practises as a Church of England institution and the conversion to Academy status mainly concerns the back office running and funding of the school. In principle, the Academy Trust delegate the running of the school to the Governing Body.